The Evening Times. Grand Forks, ND, June 1, 1909. Ida B. Wells speaks at the National Negro conference about her groundbreaking work on lynching. The article right below focuses on government reforms in reaction to Standard Oil’s corrupt practices. Library of Congress.

In 1911, two years after Ida Tarbell’s work debuted, the Supreme Court ruled to break up Standard Oil’s monopoly, ruling the company had violated the Sherman Antitrust Act. The public reaction and the court case led Congress to pass several additional pieces of legislation, including the Hepburn Act in 1906, to oversee the railroads; the Mann-Elkins Act of 1910, which gave the Interstate Commerce Commission power over oil rates; and the formation of the Federal Trade Commission in 1914.

Unsurprisingly, many powerful industrialists and politicians found fault in the muckrakers’ work. Some Americans felt that the actions of Standard Oil, the meatpacking industry, and the squalor of the tenement housing were merely minor consequences of a capitalist economy and that more people benefited than lost.

Their efforts contributed to the first antilynching bill being passed by the House of Representatives in 1922. While the bill failed to pass in the Senate, their work heightened public awareness about lynching. More than a century later, the Senate unanimously passed the Justice for Victims of Lynching Act in 2018 and the House passed the Emmett Till Antilynching Act in 2020, though neither bill became law.

Jacob Riis’s book How the Other Half Lives inspired many reforms for working-class Americans. In New York City, laws were passed that set codes for tenement house construction and fire safety regulations.

After Upton Sinclair’s The Jungle became a massive best seller, influential Americans pushed for reforms like the Pure Food and Drug Act of 1906, which improved the quality of their food but not the appalling work conditions. "I aimed at the public’s heart, and by accident I hit it in the stomach," Sinclair lamented.

Muckraking journalism continued throughout the twentieth century with Watergate coverage in the 1970s by the Washington Post's Bob Woodward and Carl Bernstein. Most major newspapers have investigative reporters on their staffs and nonprofit news organizations like ProPublica and the Center for Investigative Reporting continue to conduct full-scale investigative reports.

While the muckrakers often exposed injustices in their news stories, they were inspired to do so by the civic actions of everyday Americans. The same is true today. In this final activity, you will have the opportunity to create your own front-page news story on a modern-day issue in which an individual or group is attempting to fight corruption or injustice. 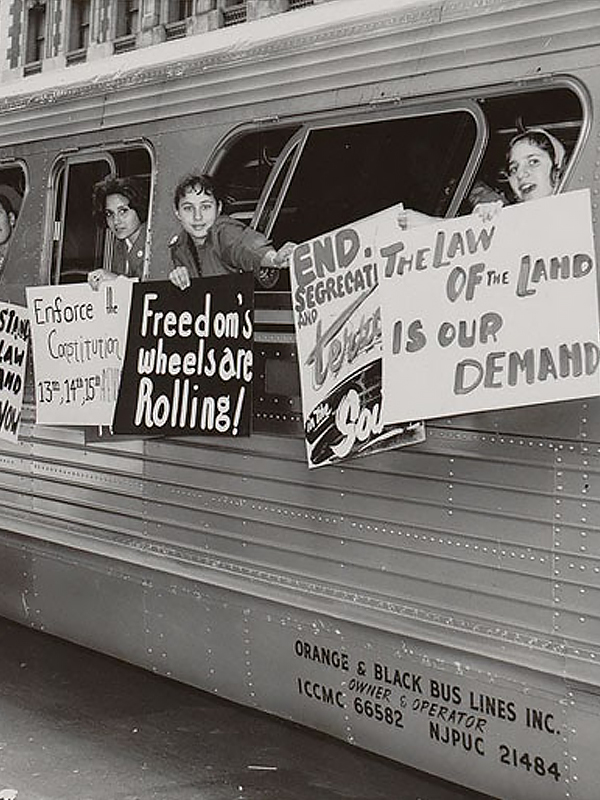 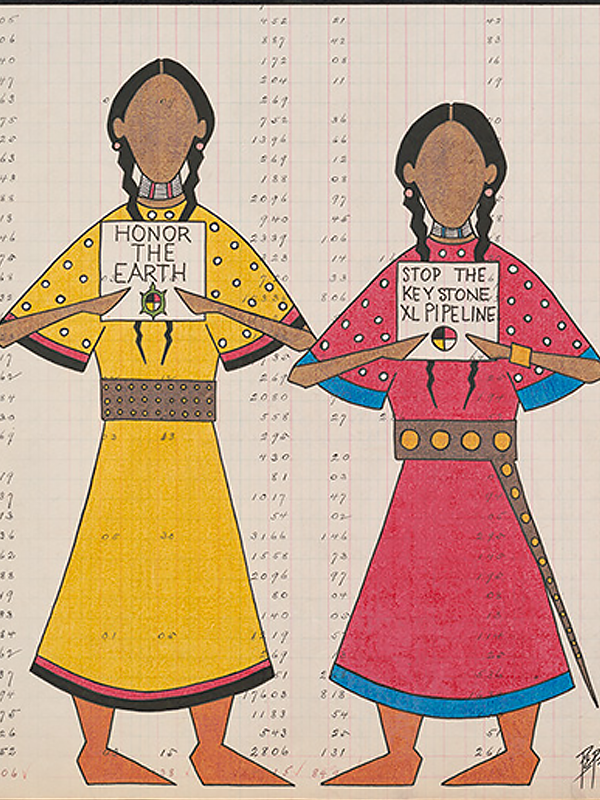 Suffragists demonstrating against President Woodrow Wilson in Chicago, 1916. More than one hundred years later, women continue their fight for equal treatment in the workplace, including equal pay. According to the US Census Bureau in 2018, white women earned 80 percent of what white men earned, and Black and Hispanic women earned 66 and 58 percent, respectively, of what white men earned. Library of Congress: https://www.loc.gov/item/mnwp000289

“Winona LaDuke & Faith Spotted Eagle Make a Stand,” by John Isaiah Pepion. 2014. Members of the Standing Rock Sioux tribe and others across the country protested the construction of the Dakota Access Pipeline in North Dakota, stating that the pipeline would put the water source for the reservation at risk. Courtesy of John Isaiah Pepion via Library of Congress: https://www.loc.gov/item/2017659957/