Women have fought to achieve greater equality throughout American history. While relegated to the women’s pages of newspapers for decades, women journalists broke ground as reporters and often as active members of the suffragist movement. By putting pressure on their legislators through organized efforts across the country and deliberately courting the media in ways that would give their cause more publicity, suffragists were eventually successful.

A century after the passage of the 19th Amendment, the 116th Congress (2019–2021) became the most diverse Congress in US history, though the numbers show political representation was still trailing men. There were twenty-six women (out of 100 members) serving in the US Senate, and 101 women (out of 435 members) serving in the House of Representatives. Muslim and Native American women were elected for the first time and more openly LGBT lawmakers were represented than ever before. 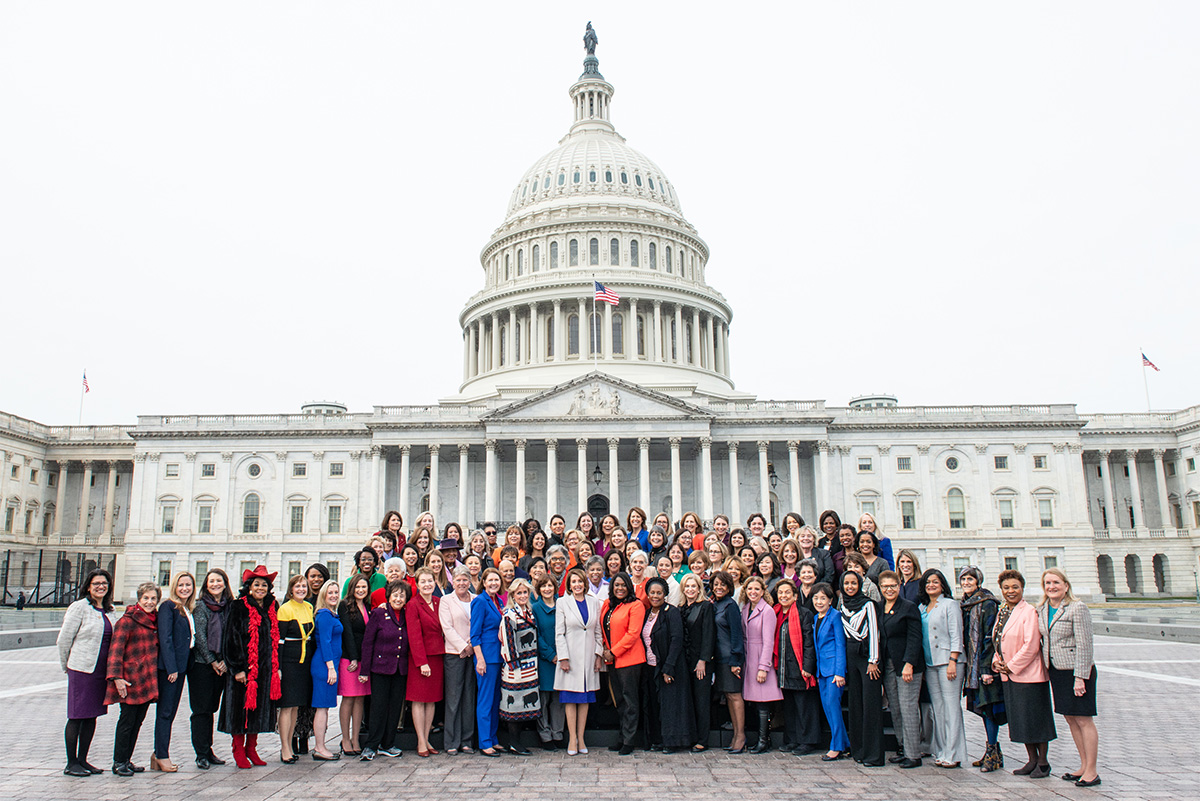 Ninety-one House Democratic women of the 116th Congress gathered in front of the Capitol after their swearing-in, the largest number of women in a party caucus in the history of Congress. Jan. 7, 2019. Office of the Speaker of the House

There have been several women’s movements in American history, including suffrage, equal pay and equal opportunity, and #MeToo. The news media have played a prominent role in covering #MeToo, including reporters who broke high-profile sexual harassment and assault stories. However, throughout most of the twentieth century, news outlets didn’t cover issues of sexual violence and ignored stories focused on women of color, immigrants, and low-income women in particular.

Reports by news organizations on major stories sometimes reflected and placated the attitudes of its readers while other times they educated and enlightened audiences. As more women and women of color have become involved in the news media, it has presented more of their perspectives and interests. This, in turn, has brought a greater diversity of issues and concerns more to the forefront of public interest, politics, and policy, with the possibility of becoming law. Women’s influence on the news media and what the audience sees and reads about is expanding, providing richer perspective and understanding about important issues.

In the age of the Internet, easier access to publishing tools, including personal websites, has meant more opportunity to express one’s opinion, or even publish one’s own news stories. Citizen journalists—everyday women and men acting through social media, personal websites, or blogs—have put pressure on lawmakers to enact change, including those who make up social movements like Black Lives Matter, #MeToo, and March for Our Lives.

Directions: Create Your Own Story—Final Activity

In more recent years, much of the progress made by gender equality movements has been achieved by being in conversation with other movements on social media. In this final activity, you will have the opportunity to create your own front-page news article on a modern-day social movement that has gained attention through social media, such as #MeToo, Black Lives Matter, climate change, pro-life and pro-choice causes, March for Our Lives, and the Tea Party movement. 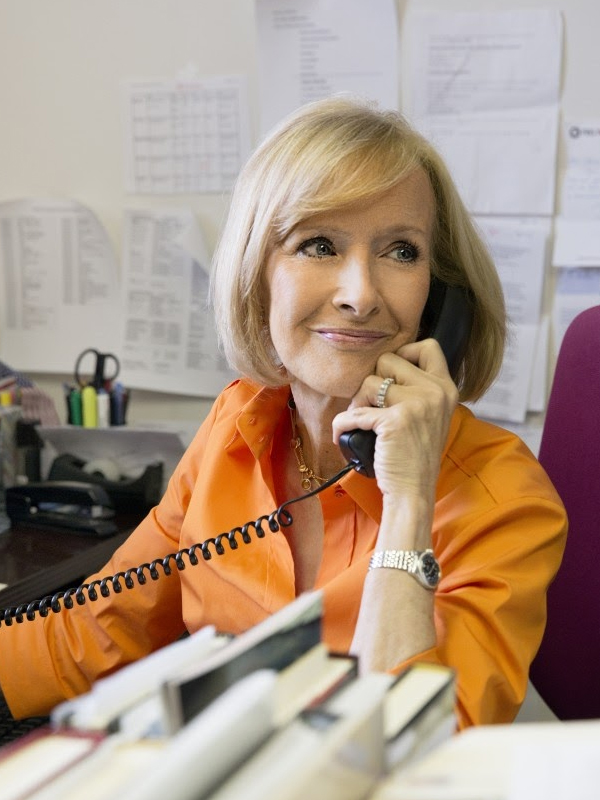 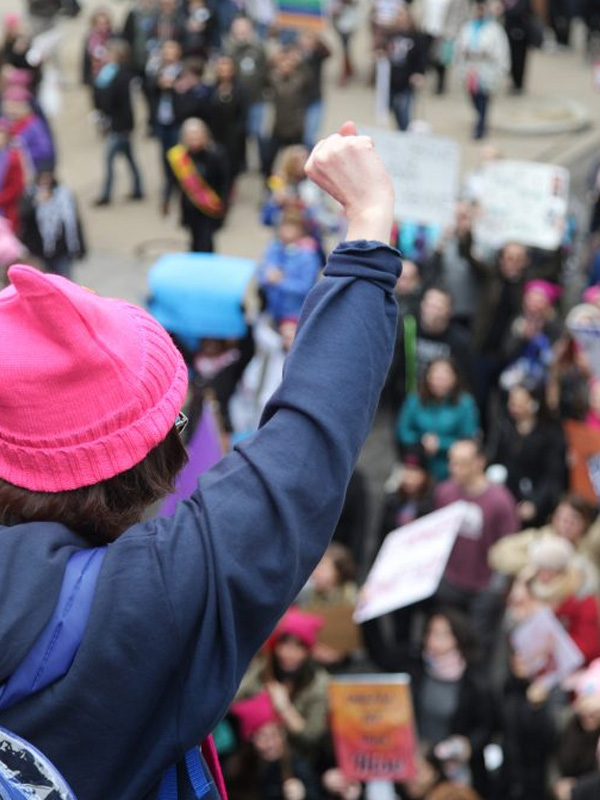 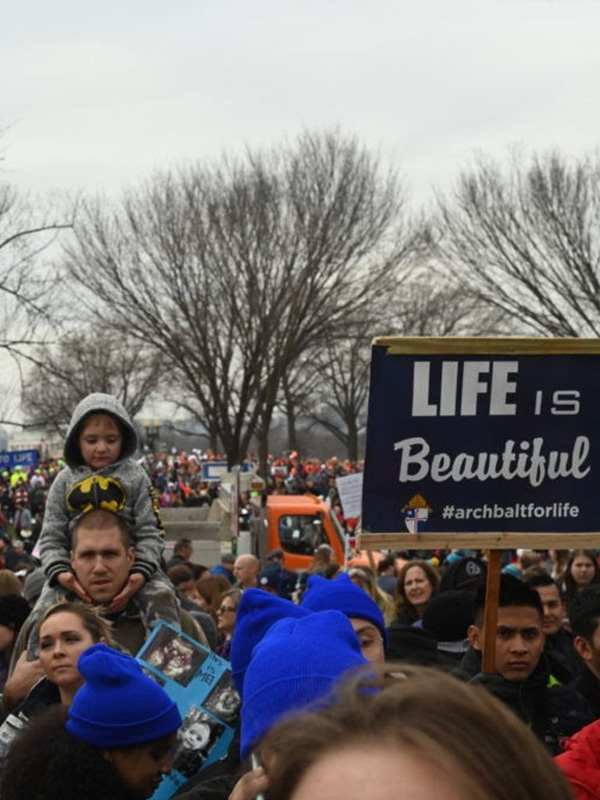 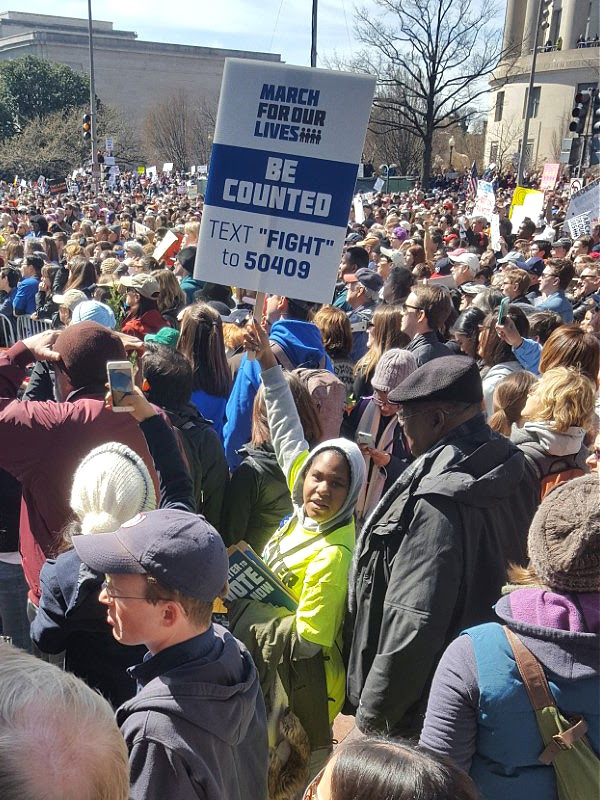 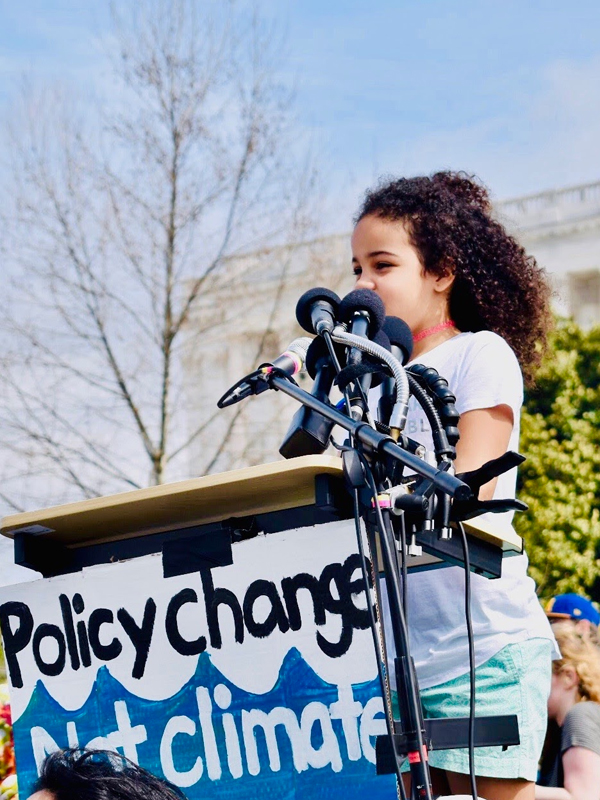 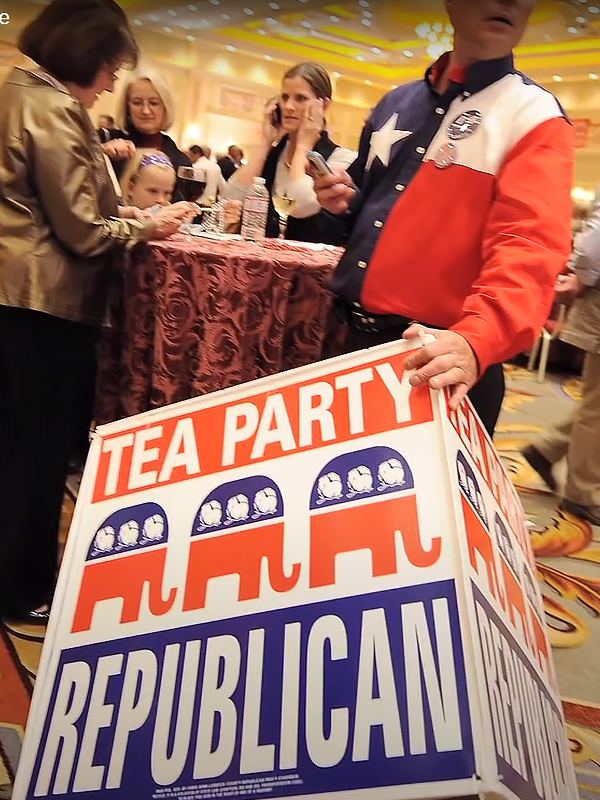 Judy Woodruff of the PBS NewsHour has anchored many broadcast segments on the topic of sexual harassment, including “As survivors say #MeToo, what will it take to stop widespread sexual harassment?” Oct. 17, 2017. Permission has been granted for educational purposes only, courtesy of WETA/PBS NewsHour Productions LLC.

Women March in Washington, DC. “After mass turnout, can protests turn into political impact?” Jan. 22, 2017. Permission has been granted for educational purposes only, courtesy of WETA/PBS NewsHour Productions LLC https://www.pbs.org/newshour/nation/womens-march-protest-political-impact.

Pro-life activists attend the March for Life rally in Washington, DC, on January 24, 2020. Permission has been granted for educational purposes only, courtesy of WETA/PBS NewsHour Productions LLC.

March For Our Lives

Adia Johnson, 15, holding a sign at the March For Our Lives in Washington D.C. From PBS NewsHour Extra’s “‘We were there. We were making history.’” Photo by Jamaa Hill. March 26, 2018. Permission has been granted for educational purposes, courtesy of WETA/PBS NewsHour Productions: https://to.pbs.org/2I73zyZ

The conservative Tea Party movement began in the spring of 2009

The conservative Tea Party movement began in the spring of 2009 with a viral rant by Rick Santelli of CNBC'S Squawk Box. “This is America. How many of you people want to pay for your neighbor's mortgage?” Tax day protests followed and by the November 2010 midterm elections, the movement had had a measurable impact. More than fifty-plus Congresspeople were elected who successfully blocked President Obama's second-term agenda. March 30, 2011. Courtesy PBS NewsHour/WETA