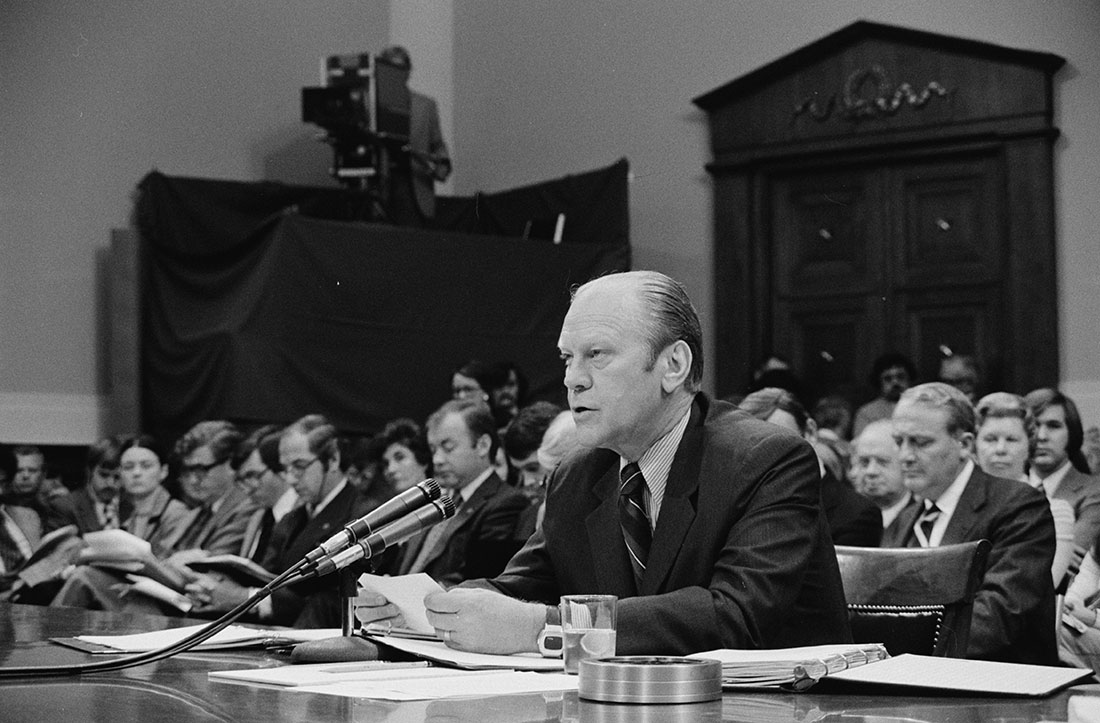 Investigative journalists like Carl Bernstein and Bob Woodward challenged the Nixon administration’s narrative of what happened during the 1972 presidential election campaign. Robert MacNeil and Jim Lehrer’s reporting during the Senate hearings led to the first hour-long news show in broadcast history, which eventually became known as the PBS NewsHour. Since 1979, C-SPAN has broadcast daily live coverage of the Senate and House activities along with a popular call-in show, Washington Journal.

The news reporting during the Watergate scandal provided a clear impression of the abuse of power by President Nixon during the election and in handling the Vietnam War. In 1973, Congress, in a bipartisan vote, passed the War Powers Resolution, a federal law meant to check the president's power to involve the country in an armed conflict without congressional approval. It’s a law that many believe would be almost impossible to pass today.

According to the Law Library of Congress, “U.S. Presidents have consistently taken the position that the War Powers Resolution is an unconstitutional infringement upon the power of the executive branch,” which has resulted in it being a topic of controversy since its enactment. Both Democratic and Republican presidents have not followed the strict intent of the law since its passage. 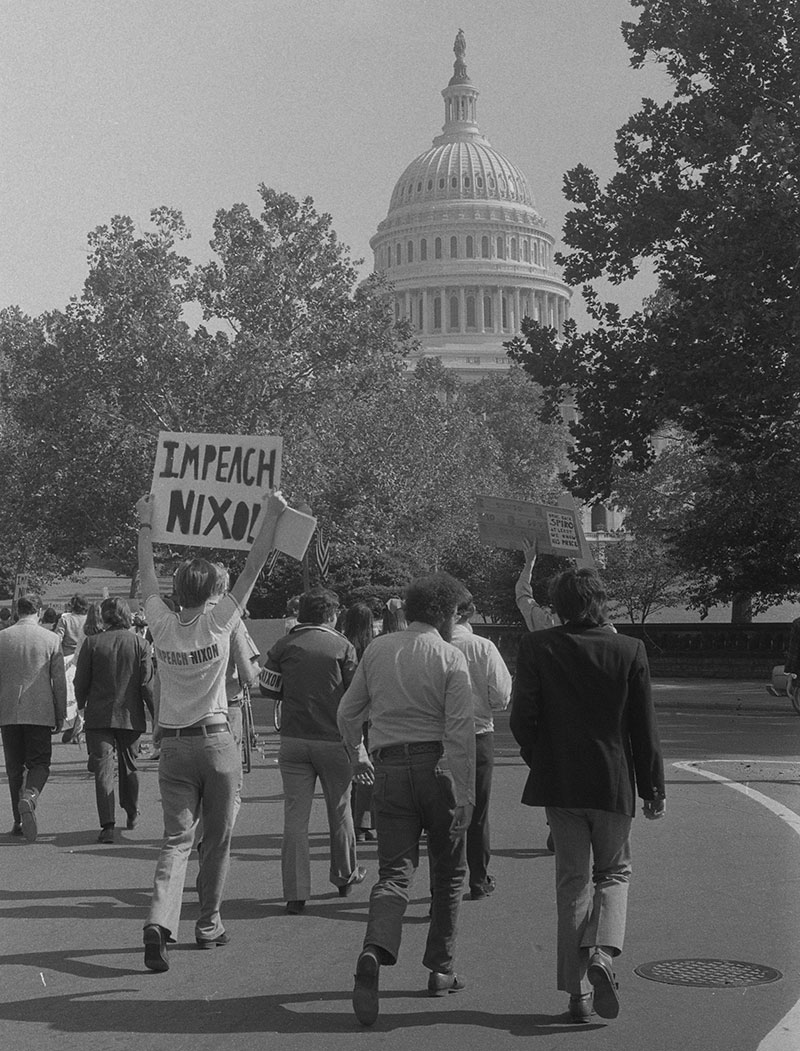 Demonstrators with "Impeach Nixon" sign near the US Capitol, Washington, DC. Library of Congress

Public Trust in the News Media

During Watergate, the public remained curious and wanted to learn the facts. They desired an honest and responsive government that worked to help and protect the people. However, since the Watergate scandal and the tragic war in Vietnam, Americans’ trust in government has fallen steadily. Since the 1990s, politics has become more partisan.

Websites and cable television programs have amplified this partisanship, at times with more entertainment than news. The slanted reporting has also led to an erosion of trust in the news media. More and more Americans seek “confirmation bias”—news reporting that confirms their opinions—rather than straight factual narratives allowing the public to draw their own conclusions. 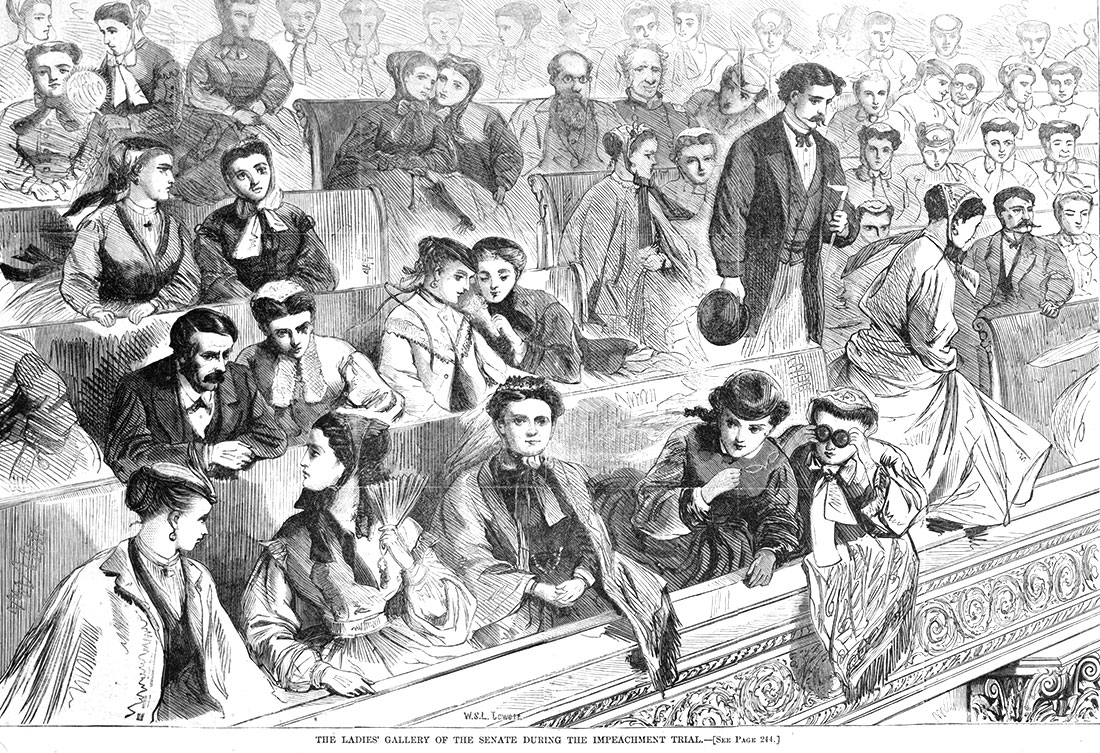 Men and women in the gallery of the Senate during the impeachment trial of Andrew Johnson. W. S. L. Lewett. 1868. Library of Congress

News Coverage of Impeachment Hearings in 1998 and 2019

News coverage of Nixon’s impeachment hearings was mostly on television and in print. The experience was more collective as the nation watched it unfold from more traditional news sources. For Clinton, the media was more politicized and diverse, with input coming from cable television, talk radio, and the Internet. Trump’s impeachment was conducted with a wide range of news sources, some credible and others speculative. Everyone had an opinion based on facts or “alternative facts” that helped support people’s need for confirmation bias.

The news media’s coverage of President Trump’s impeachment hearings will be analyzed in years to come, as it was after Nixon, Clinton, and Andrew Johnson. Differences in news formats, including the twenty-four-hour news cycle and the pervasive impact of opinion cable news shows, made Trump’s hearings different from those of past presidents. Was the American public able to come to their own conclusions about the hearings, a goal MacNeil and Lehrer thought so instrumental during Watergate? While news formats may change over time, does the definition of journalism also change over time?

Directions: Create Your Own Story—Final Activity

In this final activity, you will have the opportunity to create your own front-page news story on a modern-day example of investigative journalism. Conduct some outside research using investigative news sites like ProPublica, Reveal from the Center for Investigative Reporting, and Frontline, or newspapers that have investigative news departments.

Choose a topic in which investigative journalism helped to further transparency on the issue, and write a short article about it. You may want to think about a major event that happened recently that caught the public’s attention and included evidence that involved some type of investigation or digging into the event. 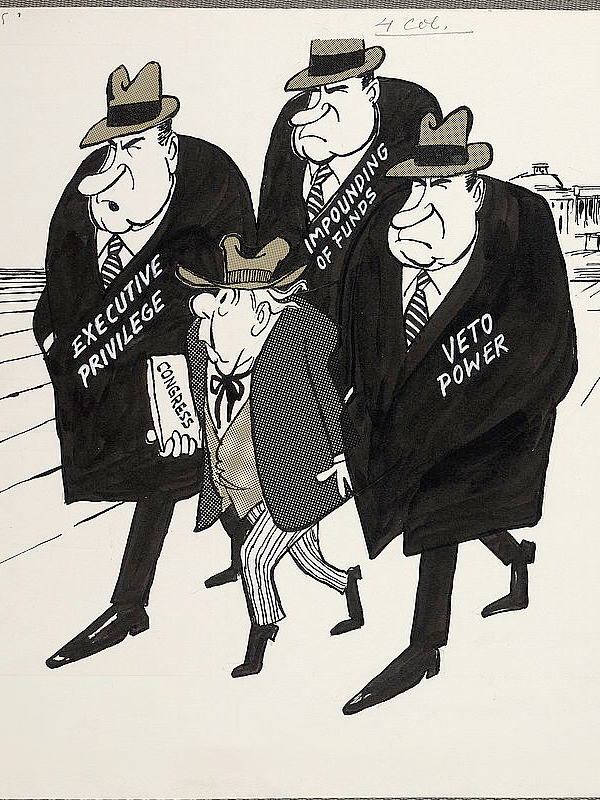 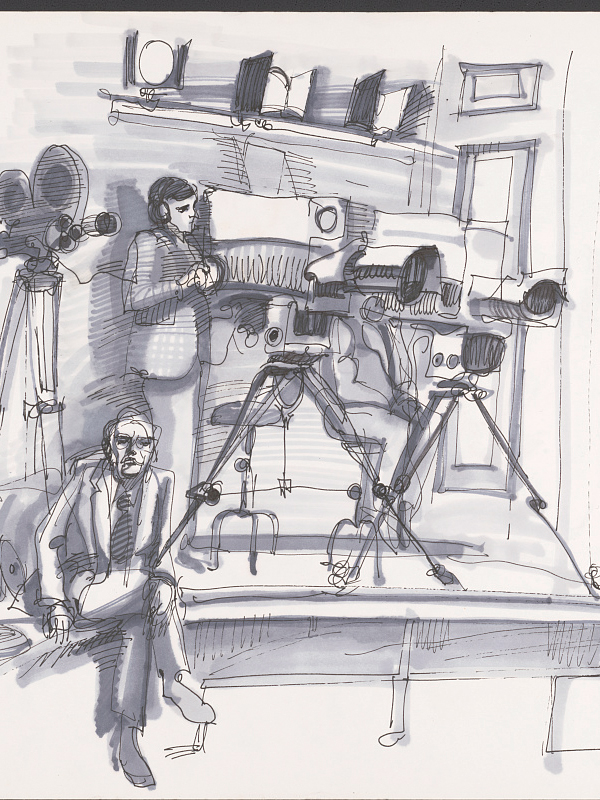 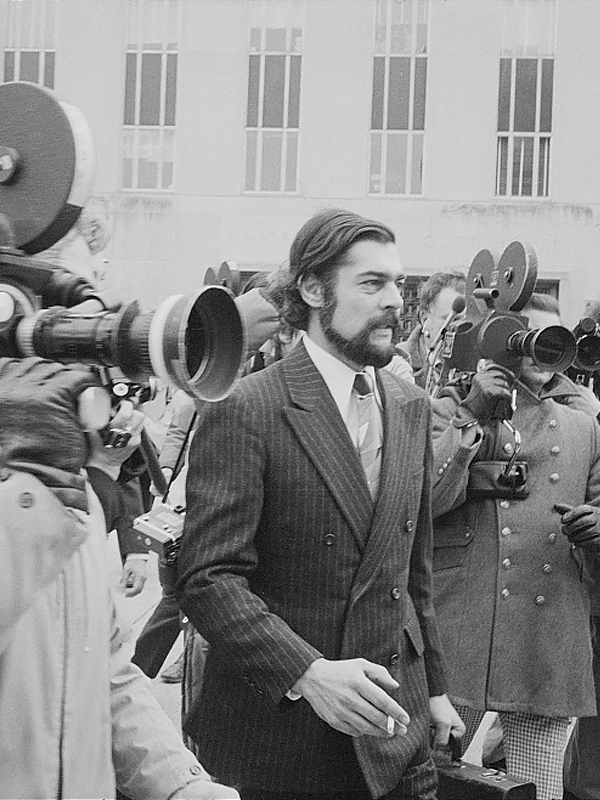 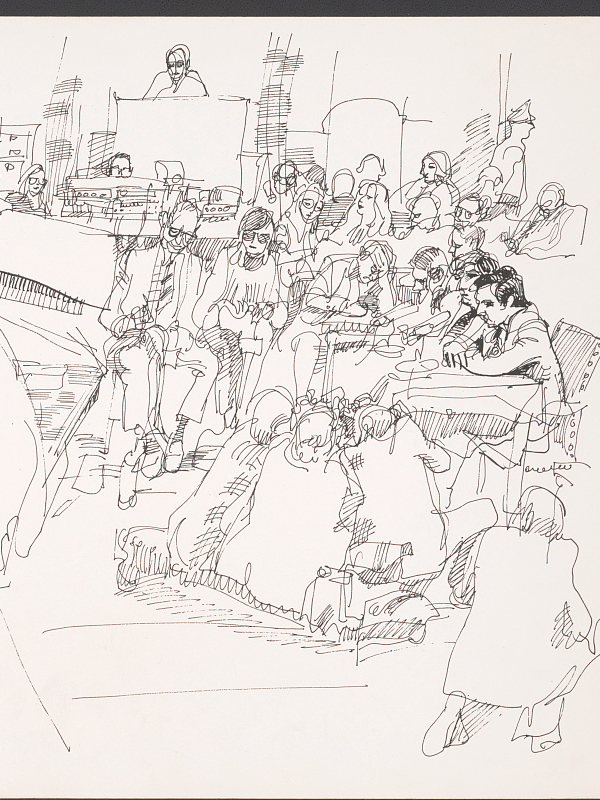 “Don't put up any resistance! Just keep in step.”

Watergate indictments at US district court

Press room, perhaps in the Senate, during the Watergate hearings