Note: This primary source page presents a well-known photograph of a formerly enslaved person with brutal scars from whipping during his time in slavery. You may determine this image is not appropriate for your class and simply skip to the next case study. Or you may decide to provide additional context to your students before viewing the image.

Gordon escaped slavery in Louisiana in 1863, and the photograph of his back taken during medical examination was then sent by the medical examiner to be distributed in Northern US and European newspapers as a lithographic copy. The image was widely deployed by abolitionist papers and other media during the Civil War to move public sentiment against slavery and show that a plantation owner’s relationship to the enslaved wasn’t at all benign, as some claimed.

Photography was in common use by the time of the Civil War; however, technical limitations prevented newspapers from directly printing photographs into publications. Instead, etchings were made from photographs and then printed in the papers. Still, photography was fast becoming an important documentary tool that helped provide credibility to media claims. For instance, the first account of the photograph of Gordon appeared in the Boston abolitionist paper the Independent, which argued that “this card photograph should be multiplied by one hundred thousand, and scattered over the States. It tells the story in a way that even Mrs. Stowe [Harriet Beecher Stowe, abolitionist and author of the novel Uncle Tom’s Cabin] cannot approach, because it tells the story to the eye.”

Gordon became well-known from the widespread distribution of the image of his scars. The photographs inspired free Black men to enlist in the Union Army. Gordon himself served as a soldier in the US Colored Troops.

Examine the following text written on the back of a photograph of Gordon by the surgeon that examined him and sent to the surgeon’s superior officer to be distributed in northern newspapers. Think about why Gordon agreed to be photographed and answer the questions below. 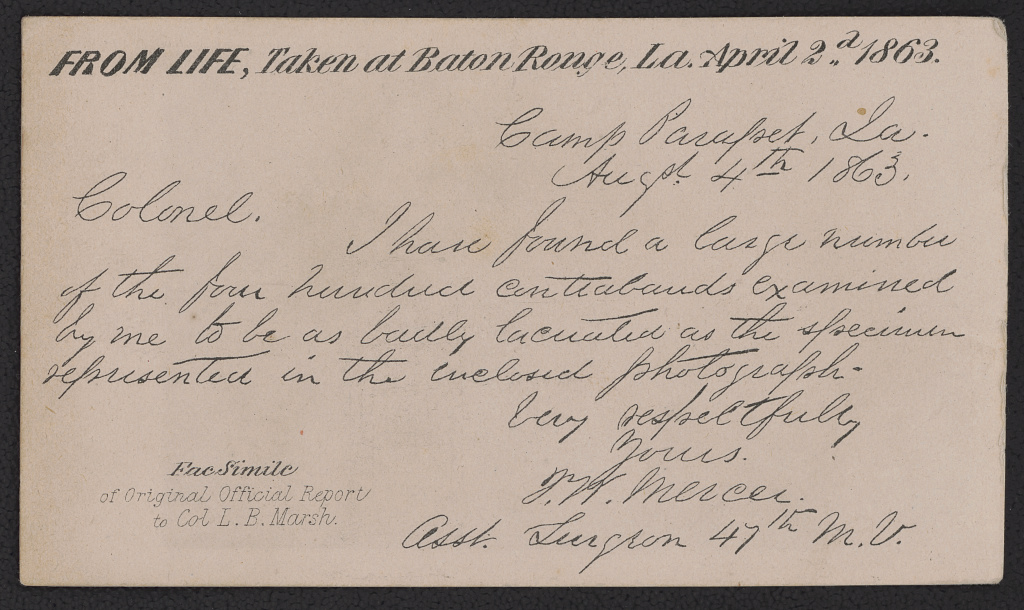 Text on reverse side of photograph of Gordon, who escaped from slavery, showing his scarred back at a medical examination. This image was widely circulated in the media during the Civil War. Baton Rouge, Louisiana. McPherson & Oliver, photographer. April 2, 1863. Library of Congress

Directions: Read the article below utilizing the magnifier to help you. Then use the annotation tool to take notes on the following questions:

Use the toggle button above to switch to Magnify Mode. Magnify mode will help you see finer detail in the image.
Switch back to Annotate Mode to create your annotations with click and drag. 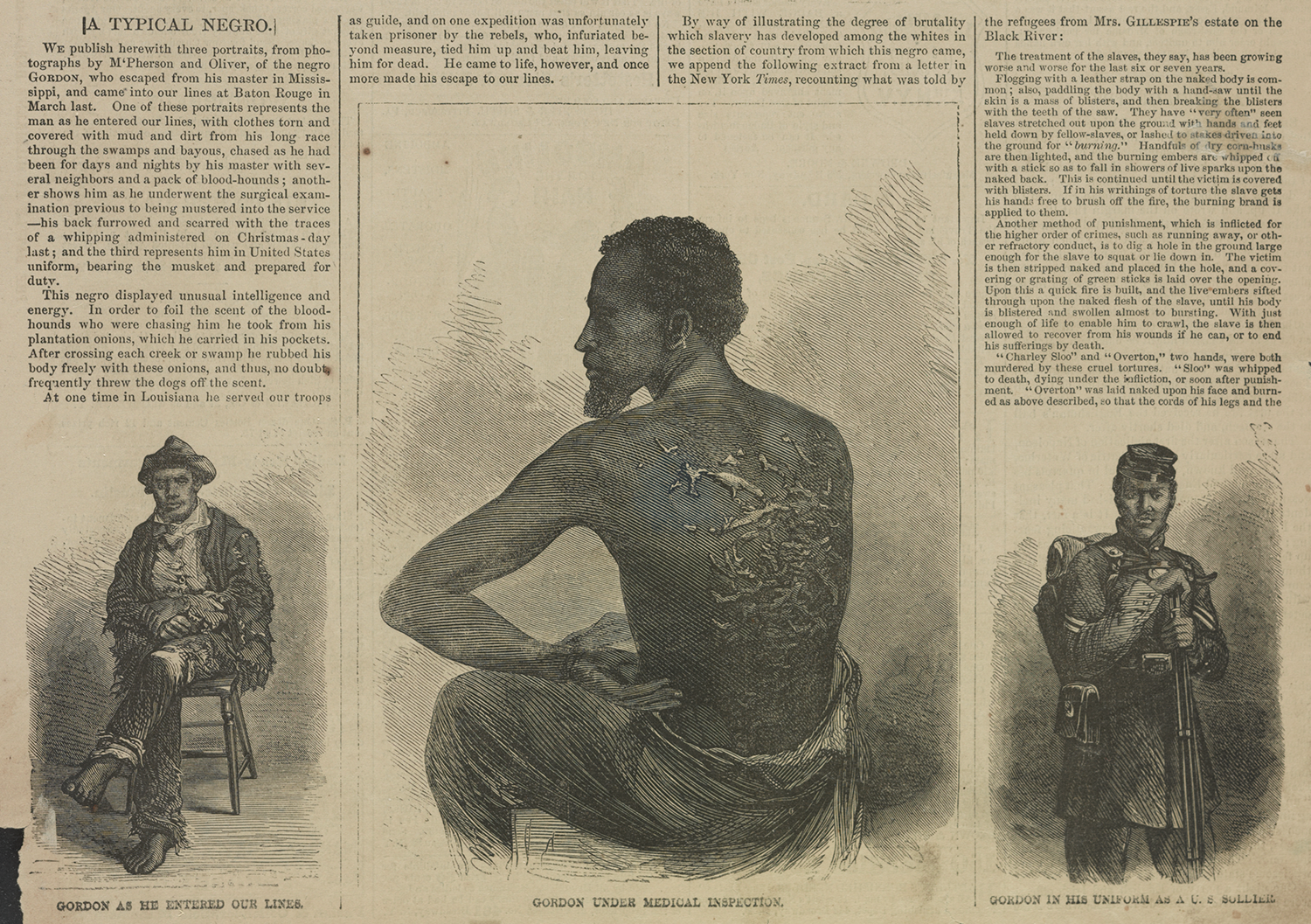